As I mentioned in this post. Last week was my turn to organize our date and I took Mike pottery painting. Hahaha. I kept it a surprise because I knew he wouldn’t look forward to it, in fact I was sure he would dread it. So we drove up to the place (Fired Up in Peoria, IL) and I told him what we were doing. I asked if he was excited and, being the wonderful man he is, he answered, “Yeah.” No smile, no kiss, no jumping up and down in his seat. He was dreading it. I told him to keep an open mind and that I would still love him if we walked out and he still hated it. Just in case, I had steak marinating in the fridge to perk up his spirits.

Spoiler alert: he LOVED it. The painting part was really fun. He messed up on his beer mug a few times (thank goodness for the owner because she fixed it for him) but finally got the hang of it. I painted a bowl to use as our centerpiece on the dining table (practical as ever). But when we left, he still didn’t love it. HOWEVER, when we went back to pick up our goods a week later, he realized how awesome it was that we had actually painted a useable piece of pottery. Victory!

I will say that because we picked such practical (see: expensive) pieces, it ended up being a very costly date. But it was worth it because now we have something around the house to remember it!

Of course, I forgot to take photos while we were actually in the studio so see below for the three-picture montage. I love my man 🙂 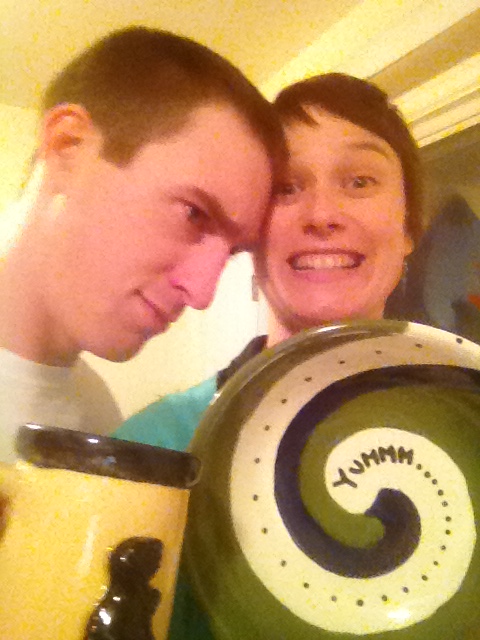 ^ He didn’t want to take a picture. It may have been the manly side of him. The same side that resisted the pottery painting. 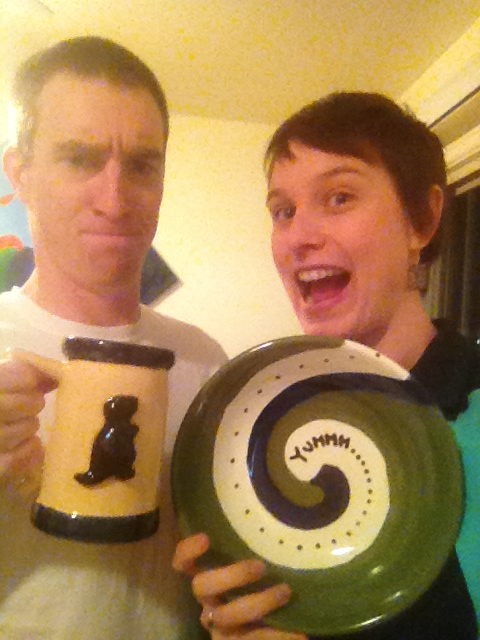 ^ Yep, that would be an swirly bowl and a dinosaur mug. 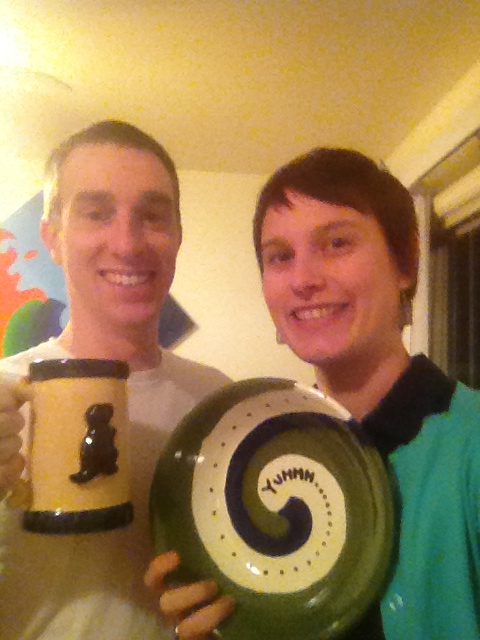 ^ Finally a smile! He’s so handsome 🙂

^ And my bowl in place on our dining table.

Have you ever done something like this? What would/did you paint?

Penny for your thoughts... Cancel reply

The Woman In Charge

Health isn't about the way you look or even the way you feel ... health is about helping your body and mind function in the best possible way.
There are times when you may feel
amazing for a bit but a crash is soon to follow. And there are amazing bodies with no energy or balance.
Join me on my journey to find my
healthiest body and mind. I will stumble along the way but nothing good comes easy. And, over time, I will succeed.
Thanks for reading and have a happy day :)